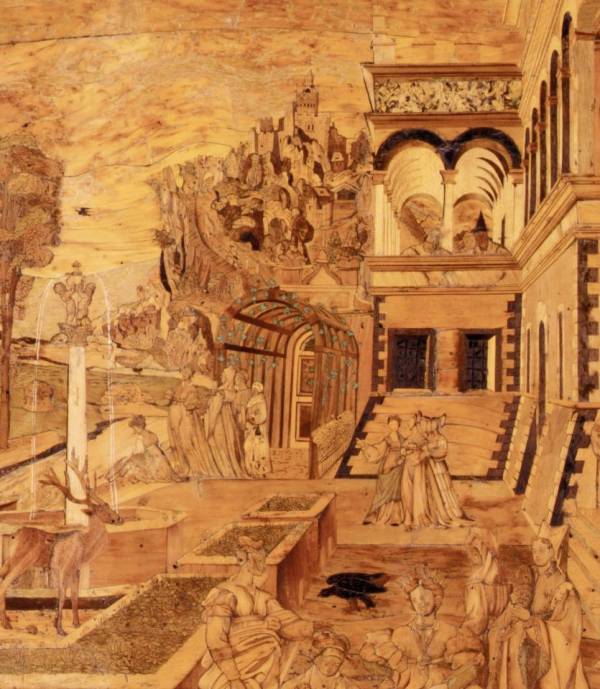 This art does not contain any paint. Intarsia is a woodworking technique that uses different types of wood, with their natural color and grain pattern.

The picture above shows Damiano da Bergamo’s work realized during the 16th century.

As divorce was only accessible by the wealthiest, wife selling was a way for ending an unsatisfactory marriage by mutual agreement.

The custom appeared in England at the end of the 17th century and persisted until the early 20th century.

This magnificent iced cave is only accessible during winter through a frozen lagoon.

The “Crystal Cave” is located in the Svínafellsjökull glacier, at the Skaftafell national park, Iceland. Due to the fast movement of the glacier, you can hear the ice cracks during your visit. 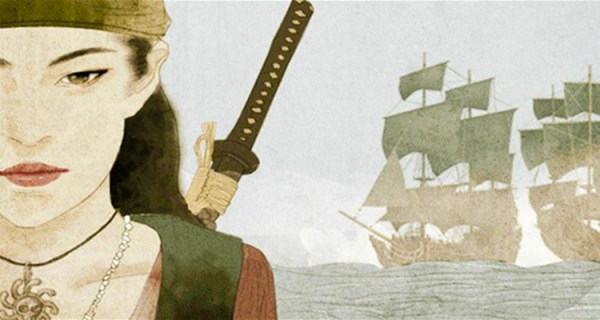 Ching Shi (1775 – 1844) was a prositute from southeastern China. She became one of the most powerful female pirate, with the command of a fleet exceeding 300 ships.

After a coalition with the Cantonese pirate forces, the Red Flag fleet grew to more than 1700 ships, manned by more than 50 000 pirates. Ching Shi entered in conflict with the Portuguese Empire, the British Empire, and the Qing dinasty, and became the “Terror of South China”.

Built over 1300 years ago, the city of Shi Cheng (“Lion City”) is only accessible by experienced divers.

In order to create a lake for the Xin’an River Dam project in 1959, the valley was deliberately flooded. Located 400 km south of Shanghai, the ruins of the ancient city remain in the bottom of Qiandao Lake.

Vaadhoo island (Maldives) is known for the “Sea of Stars”, where a marine bioluminescence creates the illusion of stars sitting on the beach.

The natural phenomenon is due to the presence of phytoplankton known as dinoflagellates. They glow at night and offer this beautiful and unique lanscape.

If you enjoy luxury train journeys and decide to visit Scotland, then you might want to consider traveling in the Belmond Royal Scotsman.

Celestial objects can have astonishing shapes.

This is the case for the Helix Nebula (NGC 7293), located in the constellation Aquarius. Due to its appearance, the planetary nebula is also referred as the “Eye of God”.

Stockholm’s metro stations are very unique. They comprise the world’s longest art exhibition in the world.

Since the 1950’s, one hundred metro stations were decorated by more than 150 artists. If you have the chance to go there, you will be able to admire sculptures, murals, mosaics and installations.

More info: The Art of the Subway

Velcro is a brand of fabric named after the french words “velours” (velvet) and “crochet” (hook).

After George de Mestral went on a walk with his dog, he noticed that the burdock plant got attached on his clothes and the dog’s hair . The swiss inventor examined the plant under a microscope and got the idea of the Velcro.